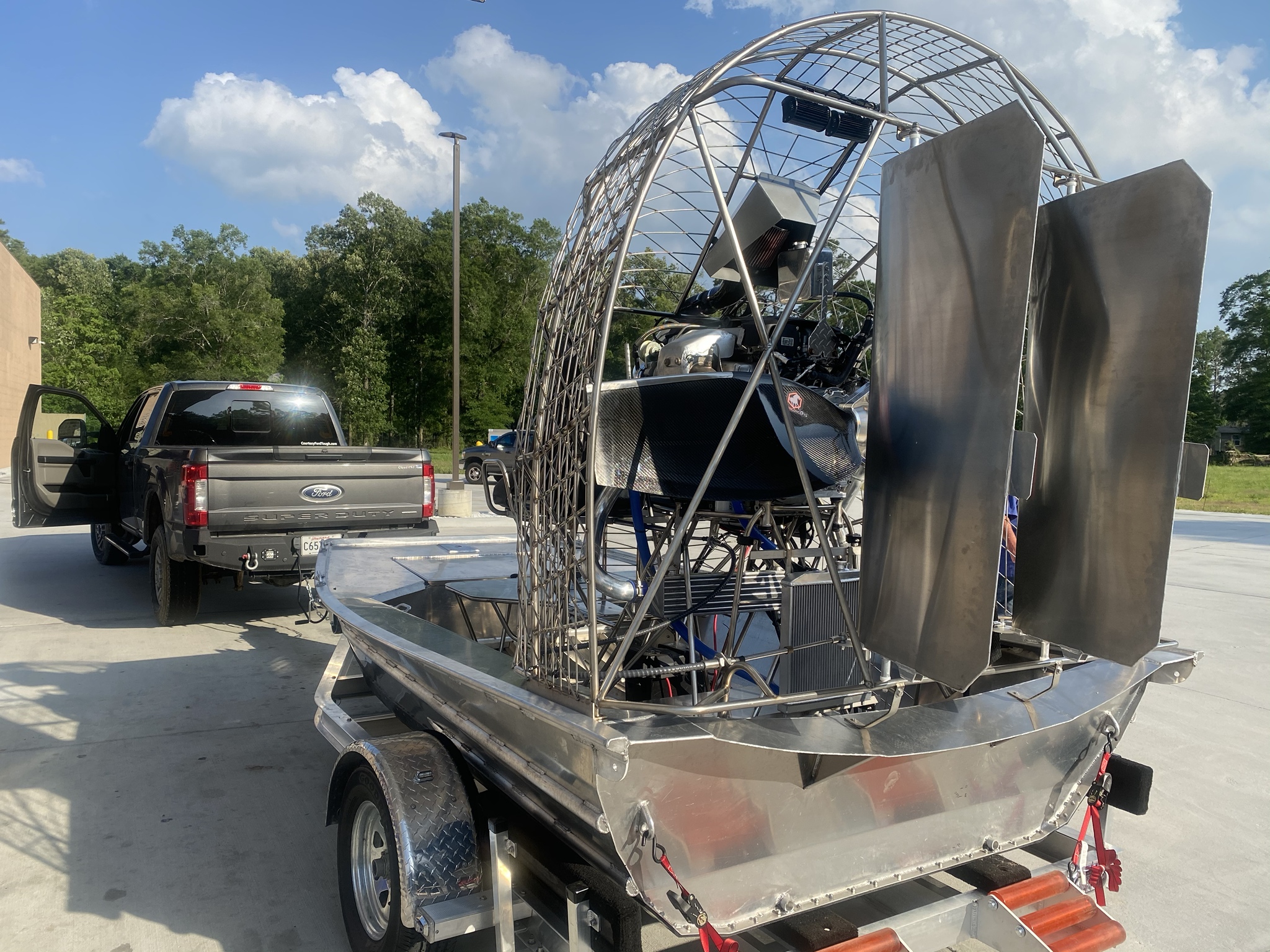 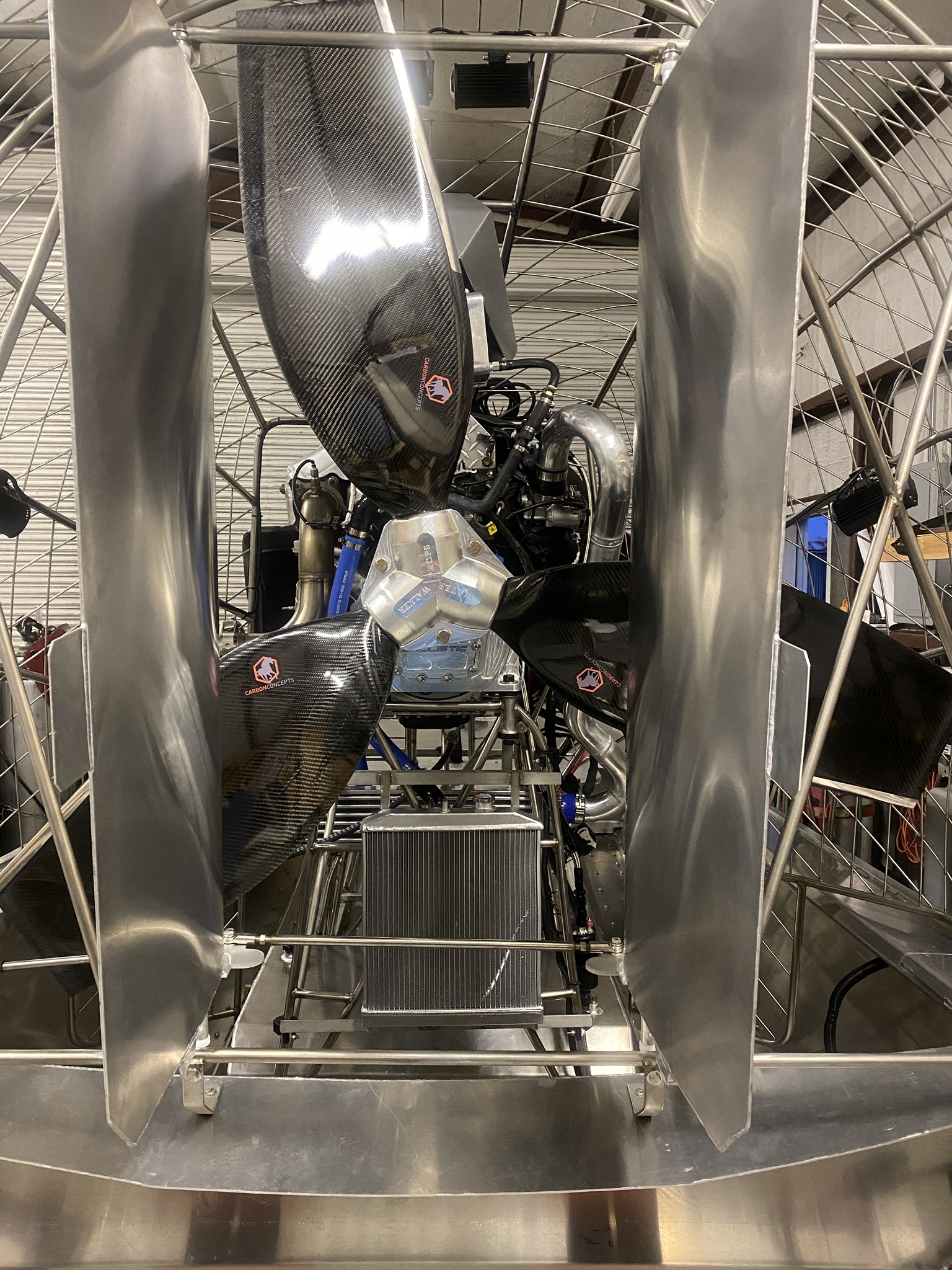 OBDII issue resolved. But she is in limp mode. Waiting on Mitch to get back to me. Still could not resist putting her in the water to see how she floats. No leaks. Sits about 1.5” deeper than i I predicted. 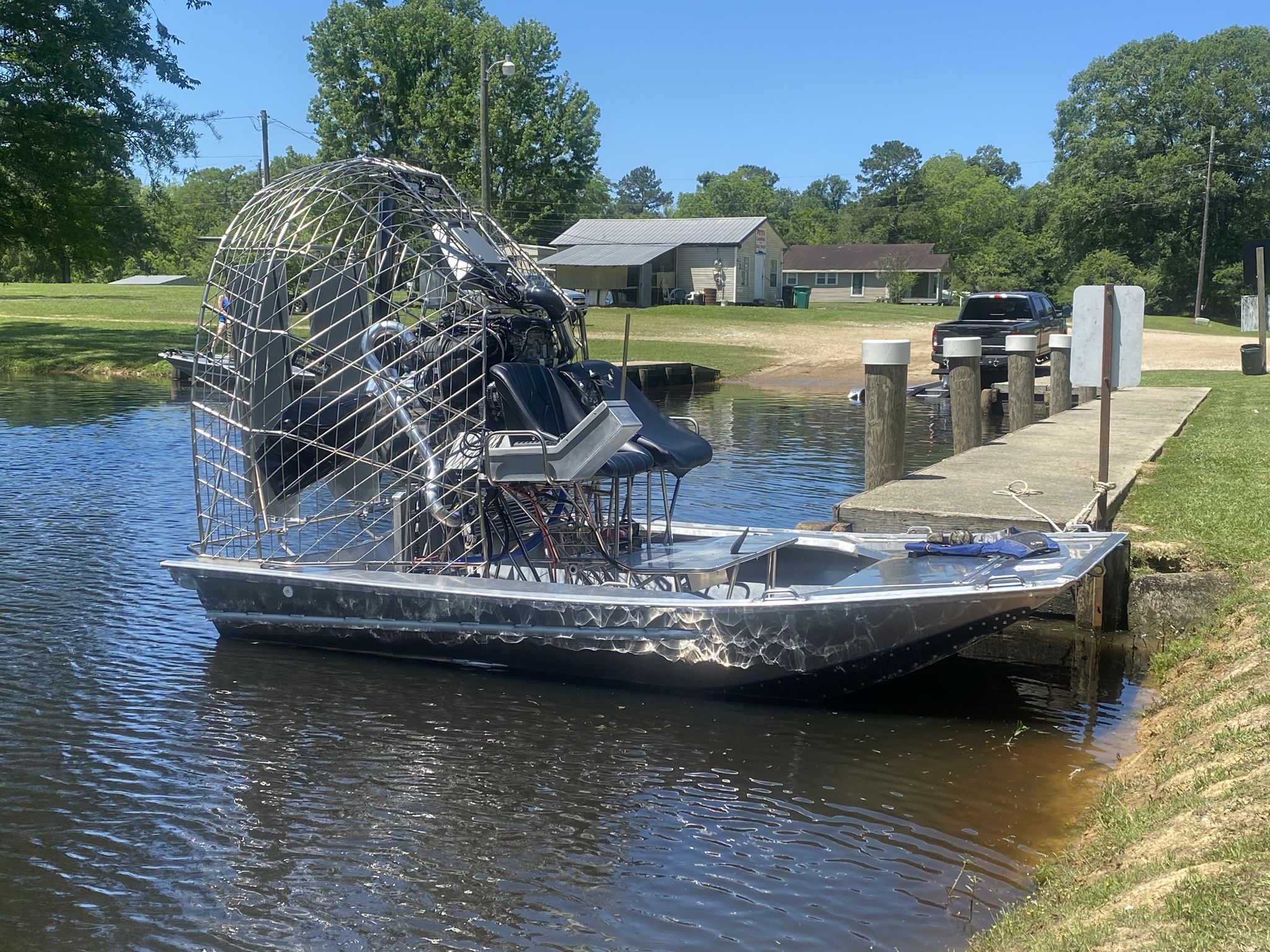 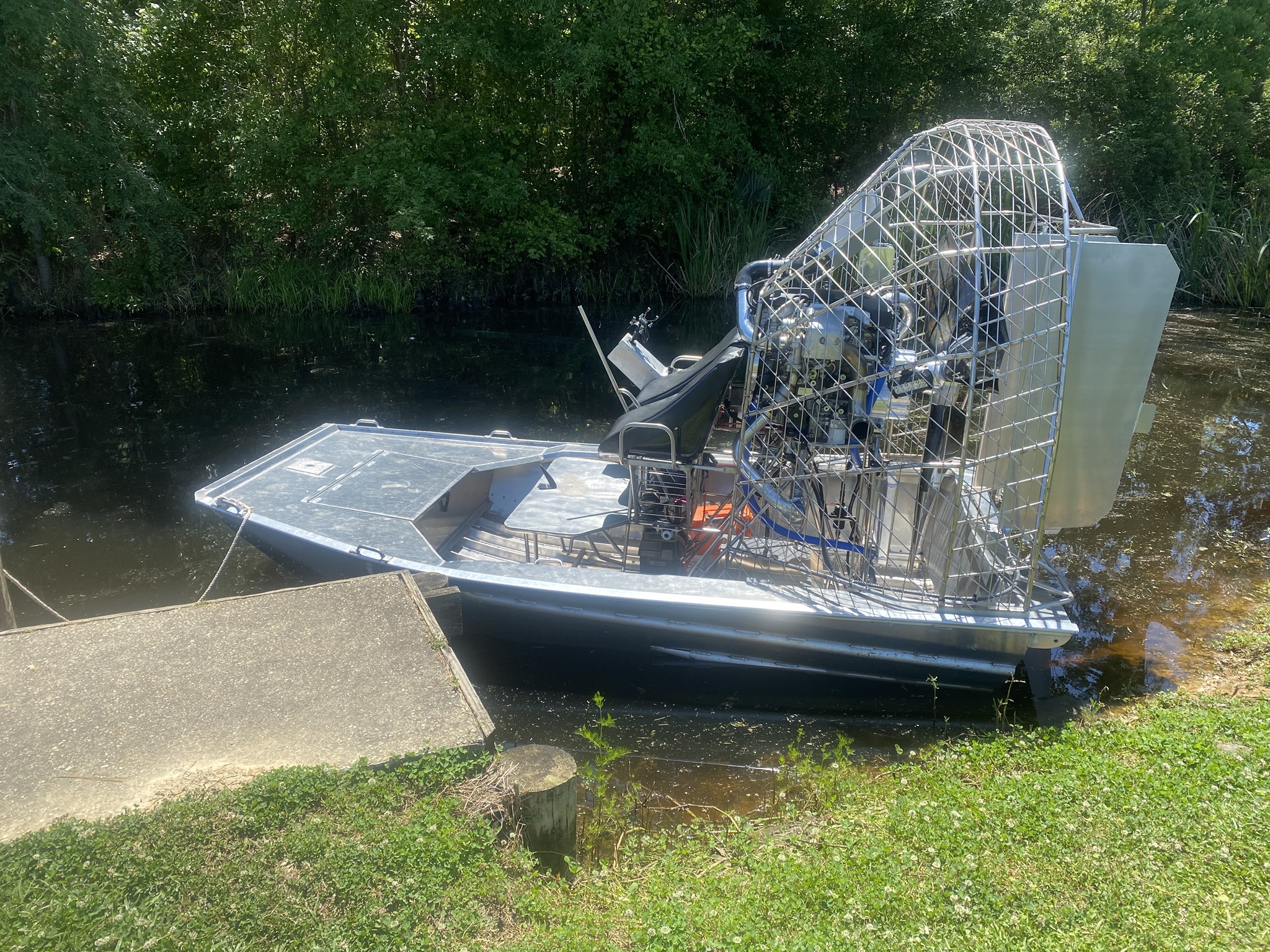 This is a great opportunity to take her out and figure out your limits. You don't want to run that thing beyond limp mode range before you figure out how to suck start an Ecoturd.

I can't wait to come ride with you Florida rednecks we are going to have some fun.
Top

FS did your harness & ecu come with a basic tune for your engine setup? Can you email the file to Mitch and have him troubleshoot?
He'll cut your throat, baby, stick you in the back, drive off in your Cadillac.
He's more trouble than you think, he'll kill your sugar, leave you in the drink.
Top

It did. I sent him the file back with some data I collected running it and the fault code list. I’m going to harass him Monday. We are drinking beer and riding this weekend

Any luck with straightening out the tune?
Top

Not yet. I'm in research mode. Looking at a few different options. Once I get it working I'll give you guys the details.
Top

Well........................my fuel rail pressure starts dropping like a rock at about 3800 rpm. Commanded is 2900 psi and actual is 2900 psi for a while and then starts falling off quickly. At the same time my pressure gauge at my fuel pressure regulator starts at 75 psi(where I currently have it set) and begins to steadily drop....... it is showing about 60 psi when the motor starts missing as the high pressure side is plummeting. Thinking my cheap quantum fuel pump was the problem I changed it for a Walbro. The new pump is rated at 47 gph at 70 psi. Well above the GM recommended of 32 gph at 58 psi. The first pump had an even greater capacity. The regulator is an AEM unit that I thought was pretty good quality (rated for 1000 HP). All of the line and fittings are 6AN. Which I would think is more than enough for 300 hp. I have removed the fuel filters and checked the fuel lines for obstructions. The fuel return is on the opposite side of the tank from the pickup (full of fuel). Guess I'm going to inspect the fuel pickup to ensure there is not something stuck there. Then disassemble the fuel pressure regulator and see if there is anything obvious there. Would not think foaming would be an issue with a full fuel tank but I don't know. My thought is that the pressure drop at the regulator should not be happening.

One question. As for the vacuum port on the regulator, I just pushed a rubber nipple over it. Do I need to clamp it down? Can the fuel pressure regulator pull air thru the vacuum port if its left open or in this case not completely sealed?
Top

#1... air in the high pressure rail. There should be a needle valve on it to get the air out.
#2... the vac port will spit fuel before it sucks air... leave it open or capped doesn't matter
#3... return should be submerged dip tube just like supply or foam will quick cross the tank and enter suction swirl... or a baffle to separate sides
#4... make sure low pressure reg is close to hp pump or assure you can get the air out
#5... all else fails remove the HP fuel sensor and turn the fuel system on... should fill past the pump into the rail. If it doesn't slowly hand roll the prop to stroke the HP pump to fill the rail and rid all air in the system
12x7'6" American Airboat
1.4L GM Ecotec - BNR GTX250 Turbo
2:1 Century Ecotec Drive
2-bld Whisper Tip 72
"Nothin' as Fine as Hearing a Turbo Whine"
Top

Didn't think about the possibility of air in the high pressure fuel rail. I'll see if I can check that out.

There is a baffle across the tank. I told Diamond Back to plum the return to the bottom but did not verify it was. I'll do that too.

Thanks for the info.
Top

Crack the AN fitting at the HP pump and turn low pressure pump on to make sure you force all air between reg and HP puml out. A drop on the LP side that quick is air or bad pump...

Is the LP pump in tank? Or external. Are you sucking through water separator. Another thing to watch is cavitation of the pump bc it's to high above the tank or suction side losses cavitate it.

Pump needs to be level with top of tank at highest unless you have a LP high volume pickup feed pump. Also sucking thru a separator is not the best but works. My next build will have a high pressure rated separator from FST
https://www.fstperformance.com/rpm350

Also not to be ugly but depending on who builds them for dBack did you check for metal shavings in the tank before filling. Might wanna check filters.
12x7'6" American Airboat
1.4L GM Ecotec - BNR GTX250 Turbo
2:1 Century Ecotec Drive
2-bld Whisper Tip 72
"Nothin' as Fine as Hearing a Turbo Whine"
Top

I did clean the fuel tank before I installed it. It was very clean as delivered. I have an external pump mounted so that the inlet (bottom of fuel pump) is about 3" above the top of the fuel tank. My tank is short. Only about 10" tall. I do not have a pre-filter on the pump. I have a filter immediately after and one on the inlet port of the HP fuel Pump. I checked both and they were perfect. No debris at all in either filter. I removed the one at the HP pump to see if that made a difference and it didn't. I would have thought a few inches above the tank was ok. That's an easy adjustment to make to see if there is a difference.
Top

Walbro calls for a 40 micron pre-filter, at least on the in line pumps.

Gator its a 3 hose return style.

A bit more progress made. Added a Carter high volume low pressure pump to feed what was my first stage pump. Now I can hold the rpm at 4000 with no fueling issues. The mechanical gauge on the fuel pressure regulator does still drop about 5 psi but stabilizes and holds steady. So..................3 FUEL PUMPS!!! I have to give credit for this fix to Brent at Marks Airboats (one of you may have recommended that too and I forgot

). I was picking up my big boat from them for some belt drive work last week when he recommended I try that. He said that when they started using fuel injected motors that was the solution they came up with.......he said they were constantly running into that problem. The system they are using now is actually a 3 pump system. There is a canister mounted near the center line of the direct injected LS motor with a low pressure external and high pressure internal pump that feeds the high pressure direct injection pump mounted on the engine. Its a unit made by pleasure craft or Levitator I think.

I am not real keen on having a third pump and may modify this setup after I get the remaining bugs worked out. Mitch and I spoke earlier in the week (guy who built the harness and who is currently helping get this thing running in standalone) and we think that a speed signal will be required. He thinks we are being power limited at 4000 rpm due to the lack of speed signal. I ordered the Dakota Digital SGI-100BT. We are going to tie into the crank position sensor and feed that into the DAKOTA and send a signal to the ECM. While we are waiting on the Dakota unit we may try a few other of his tricks tomorrow.
Top

You need 5GI from Dakota like we talked about yesterday... splice the tac signal and feed the VSS to the ECM... if you need help let me know. I'll send ya photos in a few
12x7'6" American Airboat
1.4L GM Ecotec - BNR GTX250 Turbo
2:1 Century Ecotec Drive
2-bld Whisper Tip 72
"Nothin' as Fine as Hearing a Turbo Whine"
Top

br,lc,LA, when you recommended it I was still in denial about the pump I had not being able to suck thru 6 " of hose with its inlet only 4" above the fuel level in the tank. After Brent recommended it and told me how common of a problem he felt it was I said well hell that's a simple $60 solution and I moved that to the top of the list.....it was at number 3 on the list when you recommended to try it so I would have eventually got there

Damn! I did not think about the tac signal. Mitch has that wire in the harness labeled so its easy to find and get to. Will that be a 5v signal?
Top

Update. Tried several combinations from the Dakota Digital unit to get a speed signal to be read by the E80 to no avail. Mitch has been hanging in there with me trying a bunch of different tricks to try to get it to quite power limiting us. As of today the E80 is still winning. Not going to lie I have thought about cutting the engine stand loose from the rest of the rigging and mounting up another motor. I have tried to get the few people that are actually running one of these in a airboat to talk to me but that has been a lost cause. Worst outcome is I end up with more HP by going with a different motor. I’m looking at a better supported plan B motor and a different ECM/ harness for the LTG at the present time.
Top
Post Reply
526 posts