SWAMPHUNTER45 wrote:Your definitely getting a deep discount Jason. I have a 8qt pan and don't use it because I enjoy that 5qt change. I get the T3 in gallon jugs and bought several cases from NAPA prior to the T4 revision, it was $12 a gallon. My engine is modified to express oil return so the standard Fleetwood pan works well. You heard the story of the broken oil pick up tube? A 360' break at the mounting point to the block and when Mr. Branch pulled the main caps the bearings were perfect and reused. That's a good oil blend to carry me through that experience. Kwan put pics up on here somewhere for me. 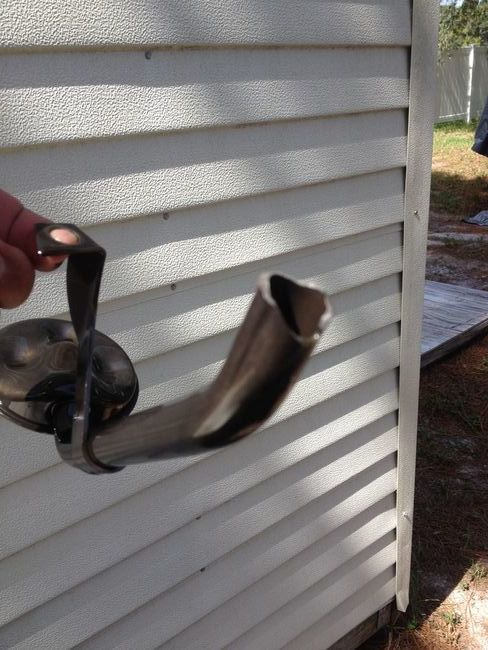 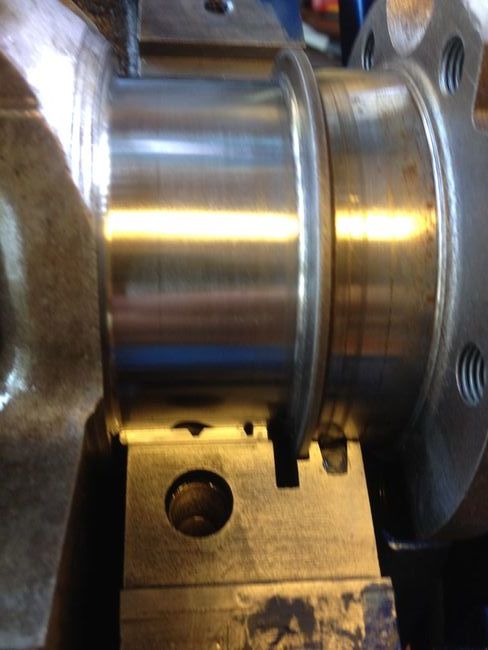 What do you run in your drive or are you a belt ?

At Deano and others suggestion I am using the Red Line Heavy Shock Proof that I have been doping with Lucas and 159.

For a Rotator with 4 big blades mated to it she is fairly quiet. Interestingly enough the Lucas is actually a lighter fluid that the Red Line when first introduced the Lucas will come to the top.
Top

That is crazy! How two users can have opposite experiences, in the Rotator I drain it around that 30 hour interval when doing the oil change and it looks like new. The service interval is 30 to 50 hours for a Rotator. I have noticed when mixing up my blend that the Lucas is actually lighter in weight than the RedLine and even if put into the container first will find it's way to the top until blended. I find that interesting!

Panther had turned the drives out running a straight 250wt up until about 18 months ago. My old 1.53 ran it but the 2.37 is a RedLine baby and so far I'm satisfied. That said I would have zero problem going to the Amsoil product your using. I'm sure it would work well they make superior products.
Top

Anyone know the easiest way to drain the panther counter rotating gear box without making a mess?
100 ton master captain
Professional airboat operator
I made enough money to buy Miami,
But I pi$$ed it away so fast
Top

Not familiar with the counter rotator on my single shaft I use a cut down milk jug. The plastic is soft enough to bend and shape yet very capable of holding the waste oil.
Top

ladyblackwater wrote:Basin_Runner no you do not need to flush your motor. People use to say you can't mix conventional and synthetic oil and you could never switch back once you went to synthetic, well that's not true at all. I'm not a fan of full synthetic any way. The Brad Penn is a blend and you can get the Valvoline Racing oil in a blend of full synthetic. Now for the Zinc additive you can pretty much use anything that is a zinc additive for oil but I recommend the Lucas Break In oil additive part #10063. You can usually get the Lucas Zinc from any auto part stores. If you are going to just buy the additive then I would stay with the Rotella T4 that you are using now and just add the additive to that. The Rotella is a great oil, it just doesn't have the zinc that's needed in it.

Just did a fluid change on the boat and changed from Mobil 1 to Brad Penn. I have a good feeling about this oil. The interval on my last Mobil 1 change was barely 15 hours and was surprised that the oil already looked dirty if not burnt. Had some extra time today, a case of Brad Penn, not a beer in sight to slow me down so decided to do the change. Could just be my imagination but the engine truly sounded much quieter. If nothing else, I think this is the oil I should be running anyways since it's has all the anti-wear additives that's not in the Mobil 1. Too much money invested in this motor not to put the best oil I can into it.
“When plunder becomes a way of life for a group of men living together in society, they create for themselves in the course of time a legal system that authorizes it and a moral code that glorifies it” - Bastiat
Top

Did you change viscosity ?

Two schools of thought on your statement on oil color and smell on the M1 synthetic. The detergents used could be a part of it as could it's reaction to normal blow by of combustion by products.
Top

Yes, I was referring to mechanical noises, not exhaust when I said it was quieter. I normally ran 10-50 Mobil 1 but had to go 10-30 last change because the store was out, which is another reason I short cycled the interval. The Penn is 10-50. Either way, I still believe the Penn made the engine quieter. Engine only has 62 hours since the rebuild and all the plugs look good considering how fat the tune is right now so I don't think blowby is an issue. But, every engine does blow a little and the rich condition could be the culprit for the dirtiness I suppose.

Sent from my [device_name] using Southern Airboat mobile app powered by Tapatalk
“When plunder becomes a way of life for a group of men living together in society, they create for themselves in the course of time a legal system that authorizes it and a moral code that glorifies it” - Bastiat
Top

The rich tune would definitely cause the oil to turn quicker, gasses will find a way past the rings even in a new engine. If I recall correctly your boosted as well. My reference to rotating noise is the rods and mains and rolling noise being the roller valve train. I would expect it to have rolling noise most LS platforms do and with a bigger cam and aggressive lobe it probably would increase slightly over a factory spec. engine.

I have seen good results with SOME oil additives over 30 years of playing arround with cars and stuff....but I have also seen some pretty ordinary additives that where, either never good or have been overtaken by the general state of technology or better additives.

I have seen low friction plastics (teflon and the like) products work very well in engine oil in older motors.

I am very suspicious of any additive that is added to all oils in all applications.

Changing the friction properties in gearbox oil for example can cause issues with the syncros, that work on friction.

Likewise if you have a limited slip diff...that also works on friction.

One particular product known for its "copper lead molecules", was recemmended in any and all oils.....hell there have been some things gummed up by that stuff.....and its a technology that has been overtaken decades ago.

Before the " teflon revolution" in the early 80's, there where lots of graphite and molibdim disulphide fricton reduction products on the market, I remember scraping half an inch of the stuff out of the bottom of the oil filter canister in my mums Morris 1100, after this stuff was used every oil change during the warranty period as specified by UK motors.
That technology too has been over taken.

There was a very good case for friction reduction and stabilising additives in oil and octain improvers in fuel in the 50s, 60s, 70s and right into the early 80s.

But the use of finely ground soft metals, graphites and the like was main streamed in standard specification engine oils in the 80's, and in a far more developed and measured form...and has probaly been overtaken....current good specification oils have a very strong detergent, friction reduction, stabilisation package standard....and that package consists of things we would have baught as an aftermarket additive in the past.

It would take quite a bit of, good evidence to convince me to use an oil additive these days...and that means detail about what it contains, how it works and independednt tests.

If its ya engine you are interested in....here comes the cracked record again....the best thing you can do is put a modern correctly specified oil in the sump.

Unless you have a very late model car you cant go past one of the top spec, mixed fleet, diesel spec oils like, Shell rimular, Mobil devlac, Caltex dello or Castrol RX super https://mechanicguides.com/best-oil-additive/ (recently upgraded).

ANd ya wont need an oil flushing chemical either.....get where I am comming from

Just wanted to mention a good product, it's not an additive but I run Brad penn oil in everything I own, it has some additive qualities and it's super slimy. I buy it by the case from speedway. Pretty good stuff. Thought I would mention it
Top

Brad Penn is the best option, formerly Kendall, chemistry is spot on for flat tappet engines, if you run too much zddp in an engine, it will run hotter from the research I did while building my MGBV8, you will never see me use a purolator filter, had done a top overhaul on a Toyota supra years ago, element collapsed, causing a bearing replacement, chased my tail to find oil pressure loss, pulled filter, clunked when I spun it off, bingo, never have had a problem with a fram that many folks hate.
I never finish anyth,,,.
Top

Hey Fenner FYI Fram has changed their filter manufacturing a bit the old design was total crap but the newer design looks as if it was an improvement. Next time your in the parts house look for a Fram box with the "New Design" note on it and look inside the filter.
Top

Sad to report just found a YouTube on the new one they are still using the paper end caps which is the biggest criticism. In the video I watched the improvement came in the anti-drain back they went from rubber to red silicone.