I see some resemblance 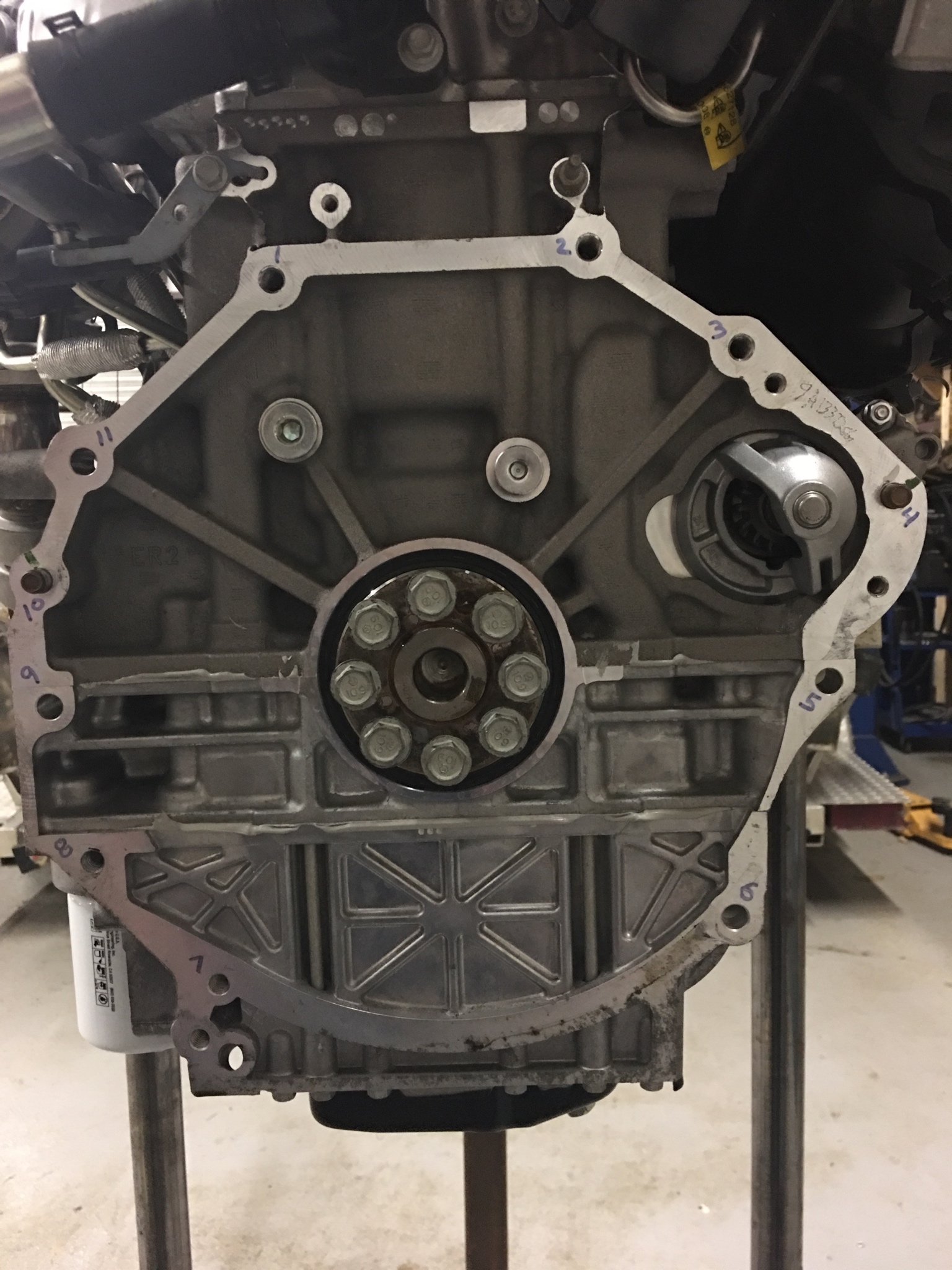 I don’t know yet. I’m open to recommendations.
Top

Which bell housing bolt pattern is most common and/ or best supported by the gearbox manufacturers......or which one would be the simplest if there is such a comparison to be made. I should probably consider bolt pattern interference between the two also.
Top

I picked the LTG specifically because Ballistic makes a direct bolt on box. But I can't buy it if they refuse to sell it to me............so now I am making an adapter.

What bolt pattern would you pick? SBC?
Top

Contact him to get a Ballistic Gear Box? He works for Ballistic?
Top

FS I sent you a PM!
He'll cut your throat, baby, stick you in the back, drive off in your Cadillac.
He's more trouble than you think, he'll kill your sugar, leave you in the drink.
Top

So the template was near perfect. need to rotate the right dowel pin up along the radial distance from the center of crank maybe .010" and I think it will be as perfect as a man can measure with a 24" caliper. If anyone is interested in how to accurately measure something like this let me know and we can talk or I'll try to write it down. Basically you need to accurately measure every thing from the crank and another reference point.......in this case one of the holes. Not too bad. 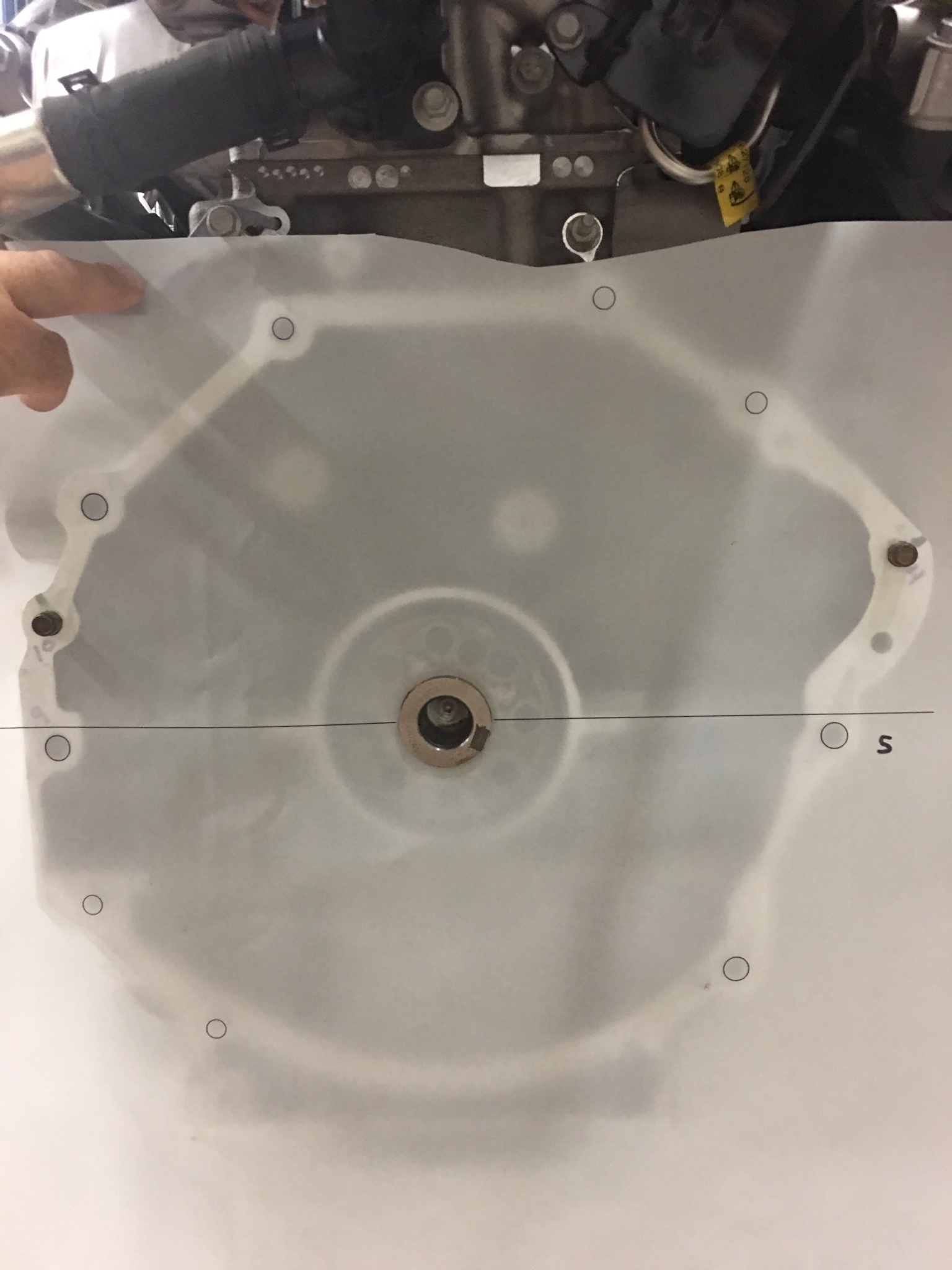 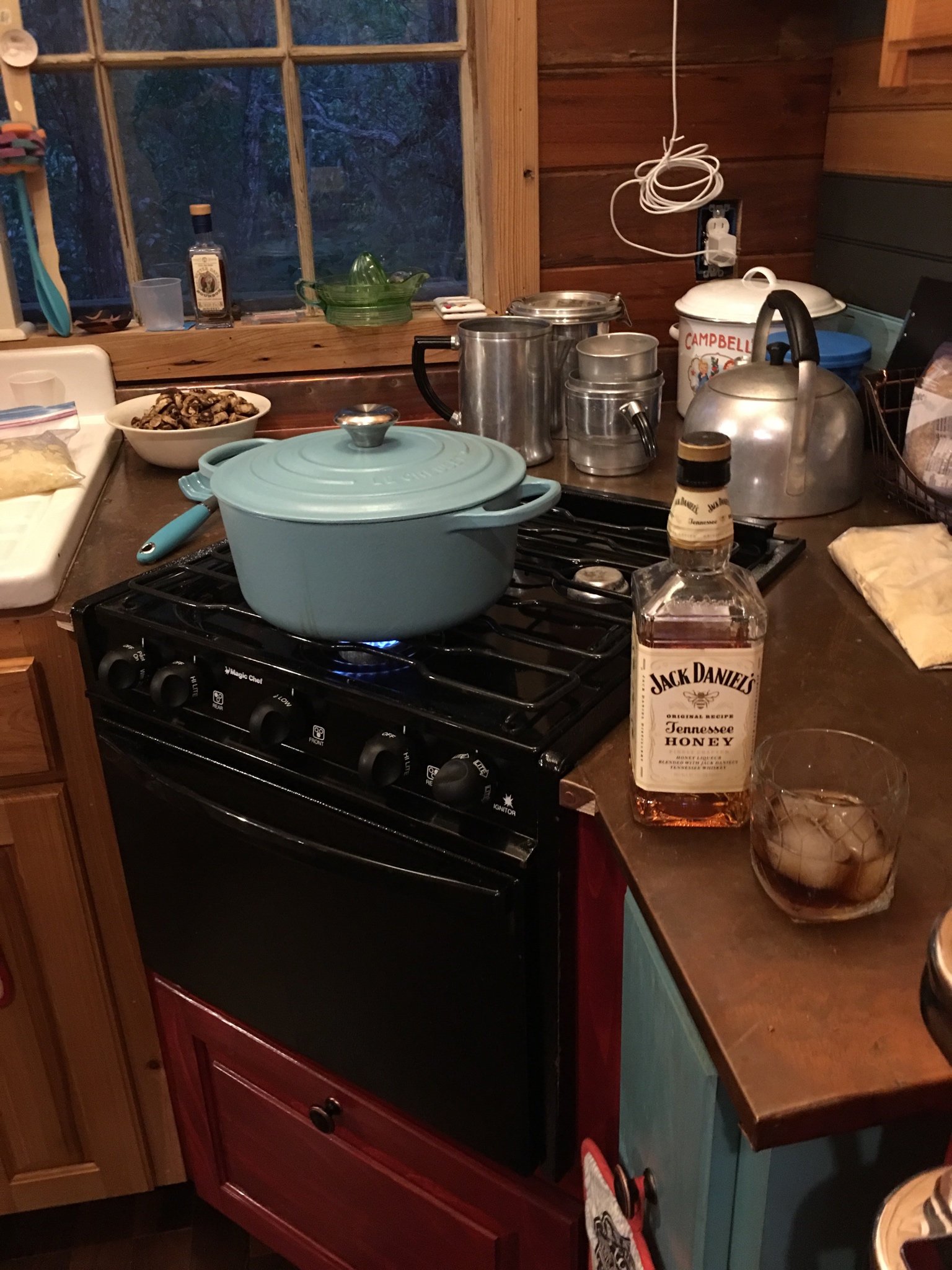 Thanks kw. Got it. 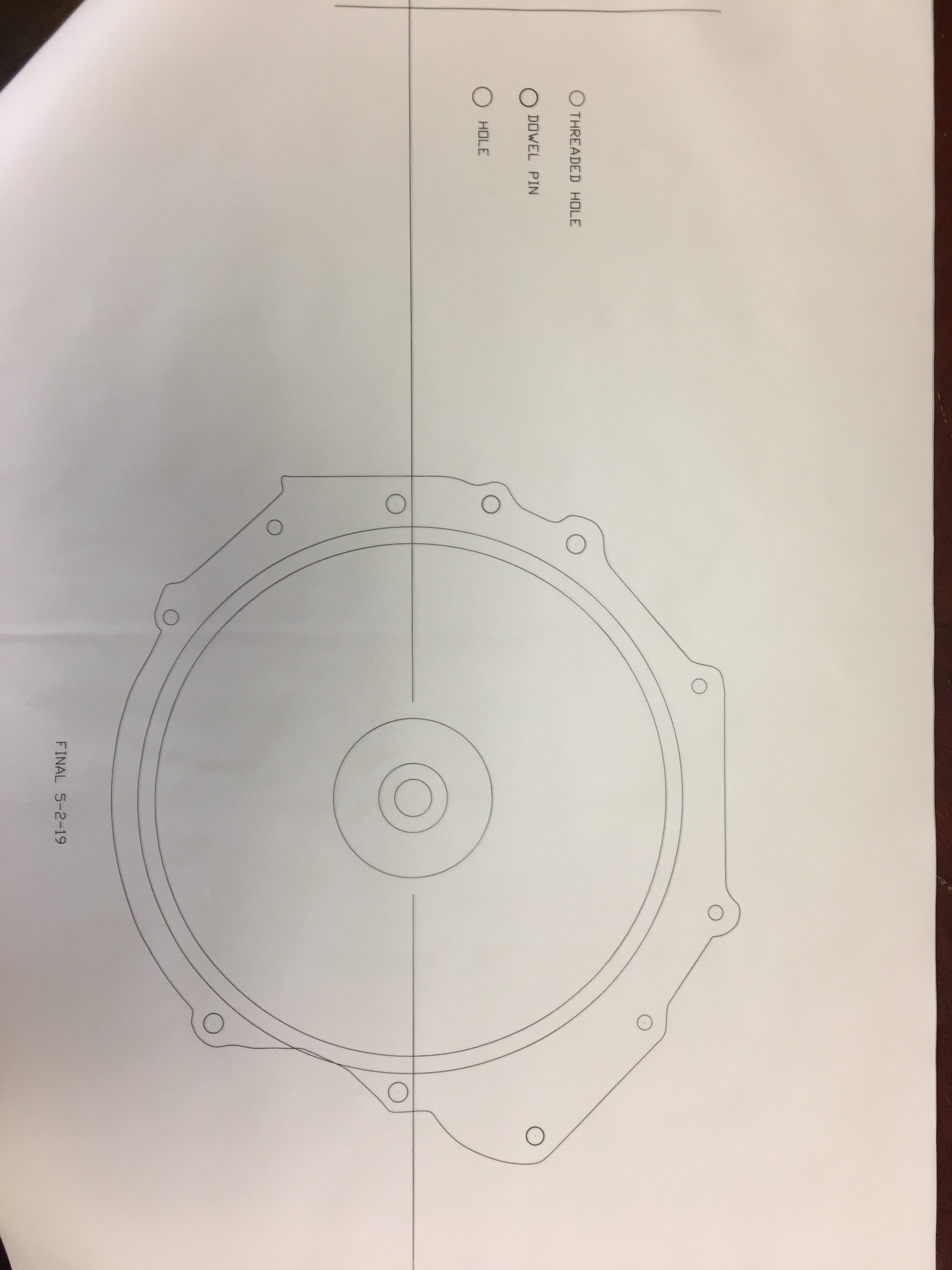 Well almost. I will end up adding a cut out for the starter.
Top

Not sure if you have gotten a hold of Balistic yet, I'm pretty sure Alpha fab has SBC adapter plates.
Top

Cool. I will check that out. I’ve been to their web site and did not see a LTG / SBC adapter.

Have not done much lately but gather some smal parts, metal stock and such. I did do a little miller maintenance. And ordered a TIG machine to play with. 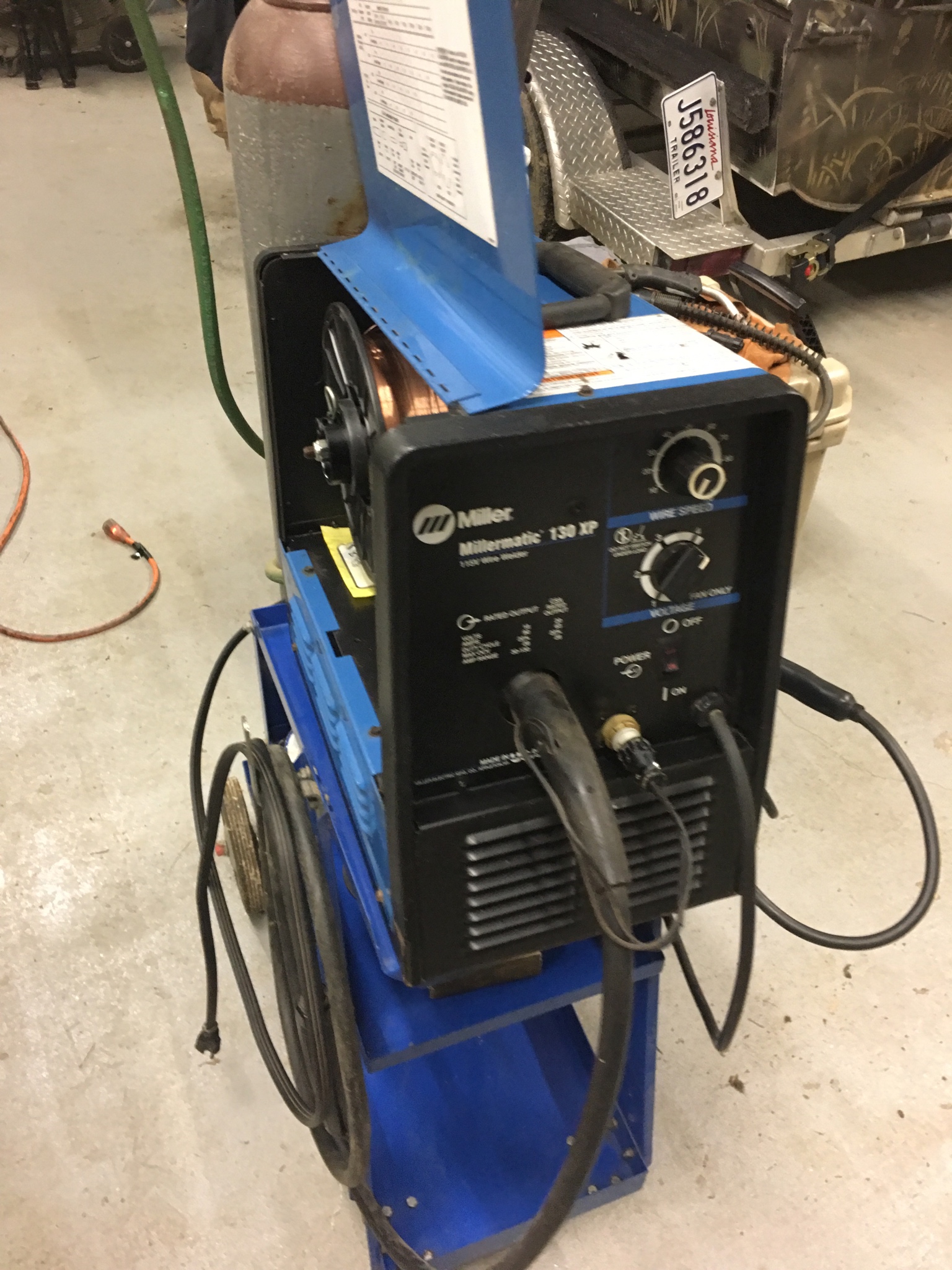 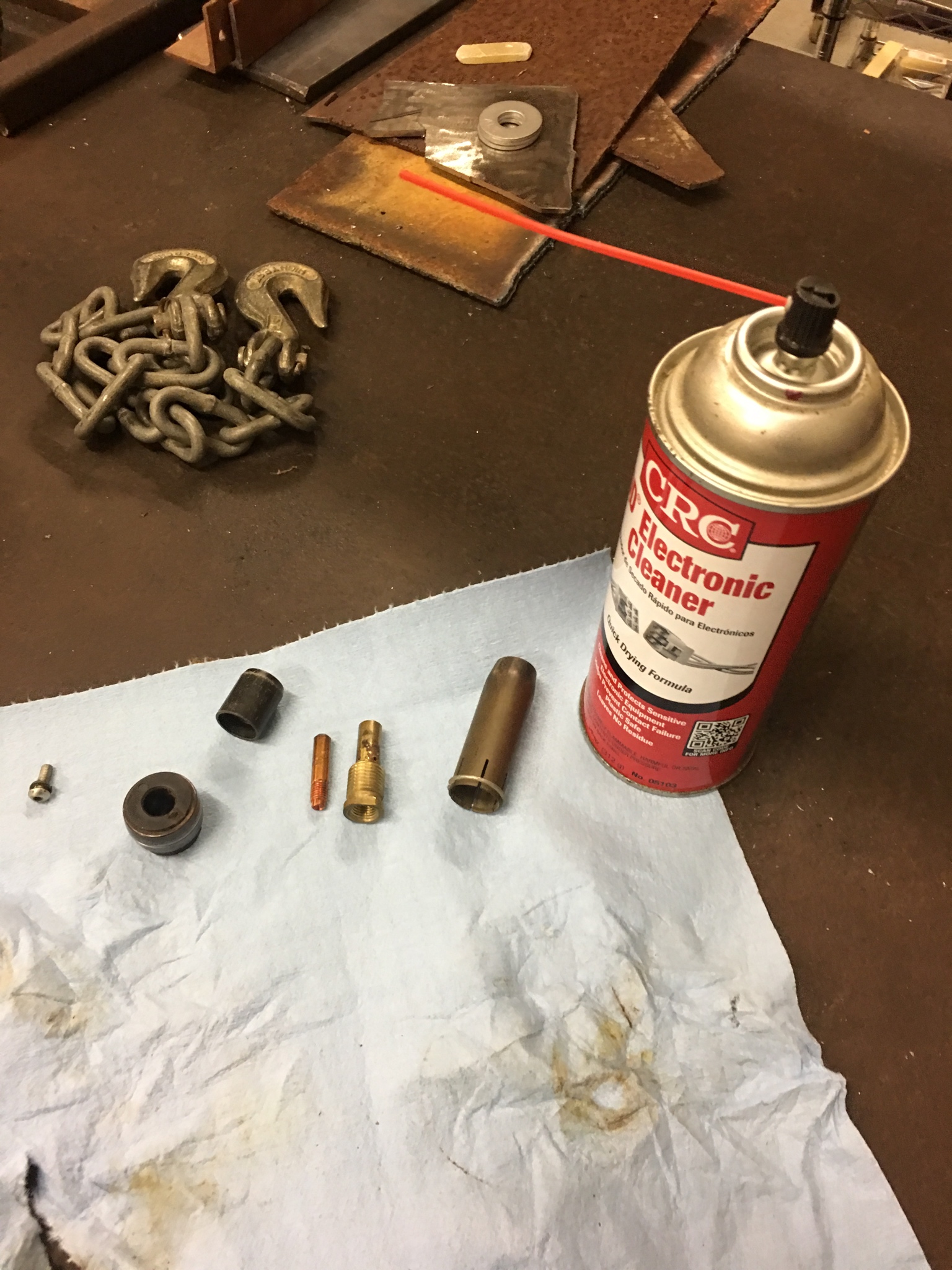 Didn’t want to drop the coin on a Miller so I went cheap and ordered an AHP ALPHATIG 201XD. Should be here in a week or so. I’m sure it will TIG weld better than I can.

Just going to express my opinion... take caution when dealing with AFI... they burned a few of us airboaters in the past.
12x7'6" American Airboat
1.4L GM Ecotec - BNR GTX250 Turbo
2:1 Century Ecotec Drive
2-bld Whisper Tip 72
"Nothin' as Fine as Hearing a Turbo Whine"
Top

Yea I have seen that. If the adapter needed a tune I would pass for sure

Planning a week hiking trip to Olympic National Park with my son. That will slow progress a bit but we still moving along. Scored some 304 stainless tube, aluminum and 304 plate for a good price. As a side note I would imagine all that stainless rigging I see was not back purged when it was welded. I have seen some that was so clean you would think it was tig welded. Who in their right mind would try to put together a back purge plan for something like that?

Does your frogging season close in Florida thru April and May?
Top

Olympic National Park is an awesome place, it’s like Florida rainy season without the sweat. The first time I went there I kept laughing about the signs on the road that said “Warning Beach Logs Can Kill”. They show a stick figure of a giant log crashing down on a swimmer.

It was a joke to me until we got to the beach and saw those monster logs washed up on the beach, holy crap, them things will kill a man.

There is no legal season or bag limit on frogs in Fla. Take what you can eat, 24 hours a day, 365 days a year. Gig em, spear em, bow fish em, grab em or shoot em, it’s all legal (for the most part, different on WMA’s). We mostly gig em. Just barbecued a mess this weekend.

That said, frogging is best in the dry season when the water is down. It’s still good, but the rainy season is starting to kick in. January through July is probably the best time but it really depends on local conditions.
I still think I-10 is the Mason Dixon line.
2013 Mike Stossel Boats, 13' x 7' deck over, IO-540, 74" NGQ less winglets.
Top

We work on the frogs so hard in Louisiana they close the season on us for April and May. And no shooting.

I actually saw a pic of one of those signs in a video about the park. I was wondering what the hell they were talking about.
Top

Played with the AHP ALPHA TIG 201XD yesterday. Went straight to the 16 gauge stainless to make myself as miserable as possible. That stuff is a bit challenging. I have mastered the art of tacking with or without filler but running any length of bead without heating the small pieces up too much is a challenge. Rolling off the power after the puddle got going would result in the filler not melting (3/32 308L) and when I would roll back on a bit to melt the filler things would get too hot. I could manage not to burn thru but the finished weld was very dark likely reducing the corrosion resistance of the stainless quite a bit. These were very small coupons....2" x 1" or so. Larger pieces would probably be easier. I'm going to have to make up some heat sinks for this thin stuff. Welded with the machine all day. Did not turn it off for about 9 hours. I like it. 3/16 carbon steel was easy. Prettiest beads I have ever laid down. Have not played with aluminum yet but I will. 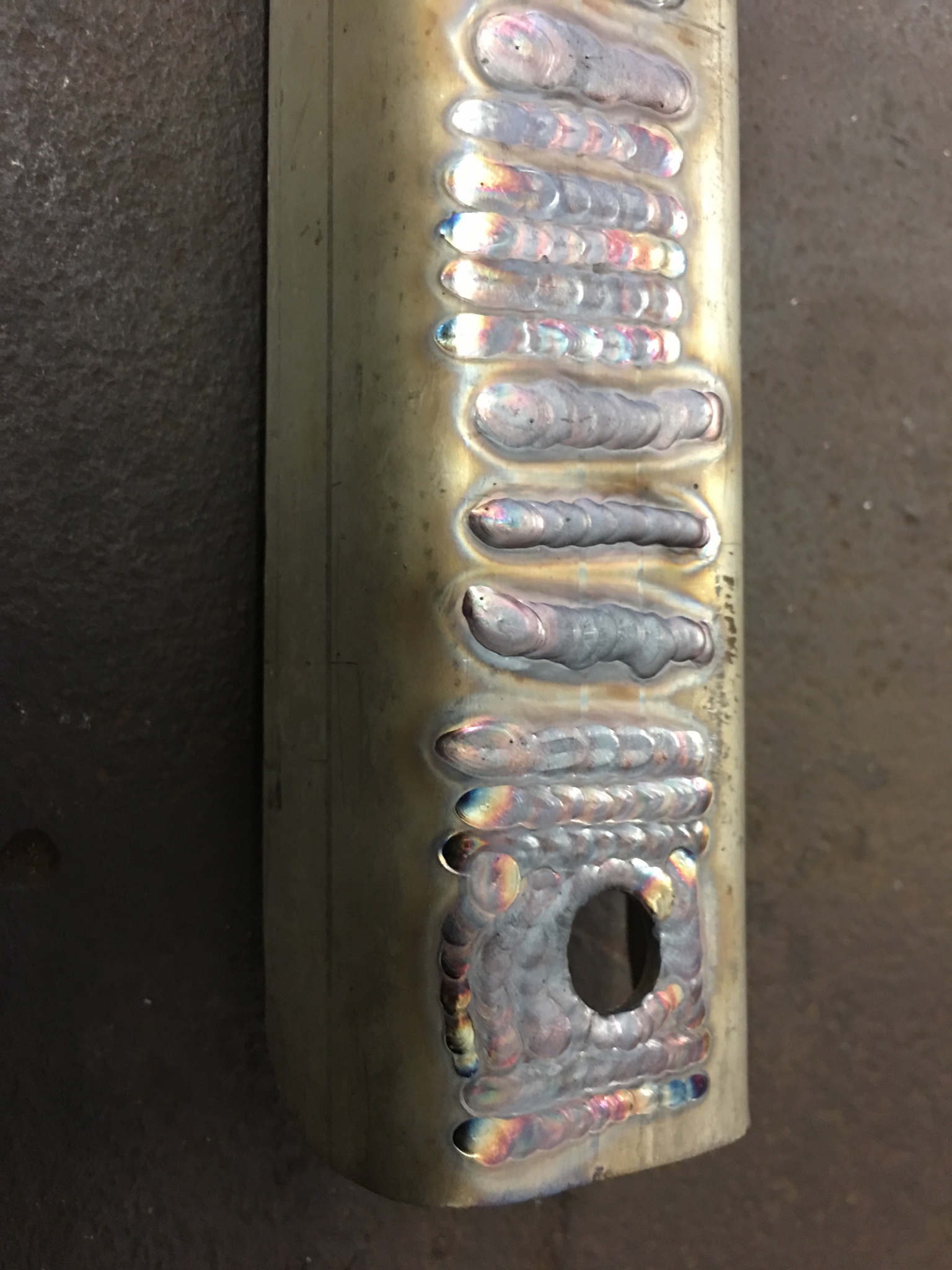 Much easier working on something with a little mass. Still 1/16 thick
Top
Post Reply
499 posts